In Simple Words GitHub is a social networking site for software developers. GitHub is a uniformed code hosting platform for developers, where they can help each other and work together.

GitHub is one the largest community of developers. It is also a website and a service too. Geeks love GitHub because it provides them a platform to connect. But a lot of people including me (a few months ago) did not know about it. So, what exactly is GitHub? What is GitHub used for? Read on to find all about GitHub in this guide.

The “Git” in GitHub

But what is meant by version control system? Let’s understand this with an example

When developers create an app, they are modifying it continuously thus making changes in the code. Every complete change causes new versions of the app. Here version control systems play an important part as these keep those revisions neatly and straight. They stores these modifications made by developers in a place called central repository. From here developers can download a new version of the software, make modifications and update the latest version. From here, every developer can contribute to changes or download them.

Git makes sure that all the changes are stored properly in the repository therefore most developers prefer Git as their version control system because it has many pros over other systems. It ensures that files are integrated properly.

What is repository that we have just heard? Well, its a place where all the files of any project are being stored. By any project it must be clear that there are different repositories for different projects that are accessed by unique URL.

The “Hub” in GitHub

Hub is the central part of the software, where all the files are being stored by developers. It is also the place where they meet with other developers. Git is a command-line tool and hub is the central part around which everything is revolving but what makes it famous among developers? Let’s learn some of the main features of GitHub that make GitHub famous and better among its competitors.

Forking is when a new project is spinned-off from an already existed project. If the original project is updated then you can also imply those modifications to your new project. This feature is quite helpful as it allows developers to contribute to the development of other projects. So, if you like any project then you can always fork the repository, make modifications to it, and releases a new repo of the modified project. Keep in mind that you can’t modify the original repository on your own. It can only be done by Pull Requests.

What if the effort on the repository you forked, to make a new project is better and you like to get recognition for it. What if I say that it is possible? Yes, you can achieve your desired recognition by original developers by Pull Requests. With the help of this request, you can communicate with the original developer, and maybe he likes your effort and includes your modifications in the original repository.

As we have already learned, on GitHub you can fork some project’s repository and modify it. You can also share your efforts on it and offer other developers to contribute to it too. But what if too many developers get engaged in your project? How will you keep track of the changes that each and every developer has made? What if there are too many to handle?

Well, then Changelogs might be your savior, as it can keep track of all the changes that have been made to your project or repository.

Is GitHub Useful For Developers Only?

We have only discussed the benefits of GitHub for developers only. But don’t get us wrong as it can be used for any person or any kind of work on which a team is working. Any project that needs collaboration from team members can be shared on GitHub as it will provide an easy platform for all the team members to communicate with each other.

Many WordPress developers share their source code on GitHub. There are also some WordPress plugins that direct you with GitHub like VersionPress which combines the power of Git with WordPress. With this plugin, version control of your updated program whether it be a theme or plugin can be done.

We also have other plugins like WP pusher that help to utilize themes and plugins directly from GitHub to WordPress.

Working on an open-source community always comes in handy whether it is a programmer, developer, or other professional. It helps you to increase your knowledge by learning from others. Some of them might be experts out there, who can help you a great deal. GitHub also provides an open-source community where you can share your project or start a new one from millions of open source projects. Keep in mind that the more minds there are, the more positive result there be.

What are the Benefits of GitHub?

There are a number of benefits of GitHub other than its version control and open source community to communicate with other developers and programmers. You can make new connections, expand your knowledge, work in a team, take help from experts on your projects, etc. Also, the learning never stops here.

You can also contribute to other projects. And are you forgetting that you get to make your own profile where you get to showcase your past projects and experiences? With all the above-mentioned details we have not even dived deeper into understanding GitHub. It is a great platform to learn from and its ever-evolving features are going to help you in the long run. 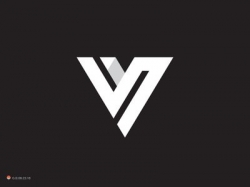 Open chat
Powered By VULVOX
Hi, What You Are Looking For?